A recent graduate of London’s Building Crafts College, the Devon-native is slowly and methodically establishing his career as a Designer Maker

He's made some sacrifices to get here, so day-by-Pay-As-You-Go day, Ollie is using Building BloQs as a base to explore his craft, hone his skills, and perfect his niche.

This week, Ollie is working on a private commission: a scaled up version of a triangular table design he conceived earlier this year. Although the original, smaller table was destined to be occasional table,, it's a striking piece. And the new commission provides an ideal opportunity for Ollie to refine his process.

After a two year fine woodwork course, some carpentry experience with Crate Brewery, and making props for a firm, the 28 year old has come leaps and bounds since “messing about” in his uncle's Devon workshop.

“I became interested in furniture design at university,” he says. “I knew a little about joinery, but I started making rustic tables out of old roof trusses and things like that.

“I realised when I was in Devon that all I really wanted to do was to learn how to make furniture properly, and try to sell my own designs.”

Now that end goal is becoming a reality, Ollie shows more diligence and consideration in his work than one might expect of a former extreme sportsman.

Starting his table build, Ollie hand-sketches the design to understand it better: the components, the joins, and any potential weaknesses. Next comes a prototype, a physical (not a virtual) 3D scale model. Only once it’s right is it time to talk timber - in this case, solid cherry and walnut.

“The material gives the design a much greater sense of quality,” says Ollie. “I much prefer making things out of solid wood compared to MDF or ply, although of course this depends on the nature of the item being made.”

“Everything has its uses, but on the William Morris spectrum – “Have nothing you do not know to be useful, or believe to be beautiful” – this piece I hope to be at the beautiful end.”

After calculating his walnut and cherry needs, Ollie cuts to a rough size always leaving a 5mm tolerance. Slowly, systematically he skim-planes the wood before leaving it to rest and calibrate; to reduce any risk of it cracking, twisting or warping.

From there, the components are glued and left to dry before the wood is planed to its final size. The table's triangular shape is cut on the Altendorf and hand planing readies the unit for assembly: dry fit first then gluing in the jig.

For the legs and rails, Ollie uses both table saw and bandsaw before some final hand-planing. The legs are dry fitted, glued in place and left to rest. Lastly, he sands and oils the gorgeous, triangular cherry and walnut table.

“I enjoy this line of work, I like working on different projects,”Ollie says. “the more variety, the happier I am.”

Ollie scoped out a number of other London workshops before he found Building BloQs. Given the flexibility of the PAYG workspace, a huge range of woodwork equipment, and the community spirit of the workshop cafe, he has been a regular here since 2015.

“When I came in here I was like 'wow, this is good',” he says. “The amount of different machines, the space and being PAYG is just brilliant. It's got everything you really need, the general environment is good and everyone is really nice.

“You've got two massive table saws, nearly every woodworking machine you can think of, allowing you to make both large and small scale stuff. It’s been great for me because the items I've made have either been massive scale or quite small.”

He might be relatively new to making but Ollie has already shown a knack for getting his work in front of people. Last year, he was commissioned to do work for a jewellery brand in central London: on Oxford and Regent Street no less.

Then, in early 2017 as a Building BloQs member, Ollie was handed the chance to make a bijou wooden desk tidy and, in front of a press pack, hand it to London Mayor Sadiq Khan.

Taking it slow might be an early trademark of Ollie Morrison, but the maker isn’t short on ambition. His considered approach - and his beautiful handiwork - is indicative of someone wants to do things right, not fast. 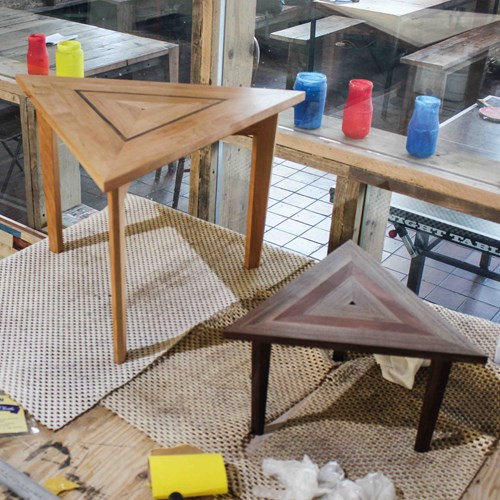 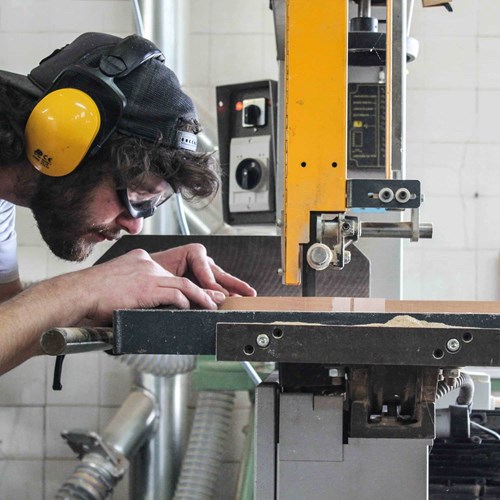 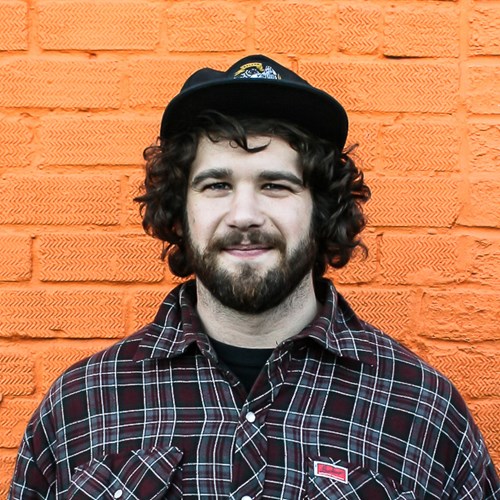