I had a wakeup call one day

“I thought oh my god I'll be a fisherman for the rest of my life. I had stability and I had money in the bank, but I wanted a complete change.”

Furniture designer, shop fitter, prop maker, sculptor - multi-skilled maker Tristan Cochrane came to the game relatively late. A fisherman for ten years, the Scotsman’s strong desire for change is one that has carried him to a successful second career.

Today Tristan works out of Building BloQs’ open workshop in London, mostly building sculptures and centrepieces for events, as well as making props and working on shop fitouts. Given the range and complexity of his projects, he’s a maker who need to stay close to a full arsenal of tools, and services like woodwork and metalwork, as well as fibreglassing, spraying, CNC and laser,

It’s fair to say that a decade on the seas has left its mark on Tristan. Past pet projects include a jellyfish lamp, vacpac sealife and a series of fish rocking chairs. But aside from the obvious aesthetic influence, fishing still profoundly impacts the spirit with which he approaches his work.

“The fish sort of crept in by themselves,” says Tristan. “I think they’re a result of the processes and methods I use - a byproduct of the work mentality that served me well in fishing.

Perhaps the biggest chance Tristan took was in docking the stability of the boat and signing up for a cabinet making course many miles from home. His raw talent, however, was obvious and one of his first creations - a complex, angular concrete stool - was instantly installed in a Shoreditch gallery. He quickly caught the eye of acclaimed Dutch designer Maarten Baas.

Tristan later spent three years working for Baas in the Netherlands on conceptual furniture and products that blur the line between art and design. With experience in the bag he soon moved to Barcelona, found a workshop to rent, and spent three years honing his craft as a solo maker.

In 2013, Tristan was handed a huge opportunity: a chance to work on the high-profile refurb of London’s Tate Britain. The opportunity would mean leaving Barcelona - where he’d made a life and a name for himself - and heading, once again, for the UK.

“I was living in Barcelona with my girlfriend and I got a call from a friend of mine who's a specialist in the high-end concrete field,” says Tristan. “He said he couldn't do the project unless someone came into help him so I came in and project managed; with a lot of his guidance.

“It took four months and a team of six - in the middle of winter in a freezing cold warehouse in Swansea - to put the moulds together to make the Tate Britain staircase. It’s probably my favourite project so far.”

Despite his involvement in such a major build, Tristan was uneasy about the prospect of making in London. As he puts it, “it’s a tough city and I had no plans, not much money, and no idea how to go about it.”

After a few jobs and what he called “lucky breaks”, he started scouting for a workshop to rent in London - and found a no-frills one in the east of the city.

“It was just a place I could work. Because it was cheap there were many people coming and going so almost everything was broken,” says Tristan.

“I then tried a wood workshop which was more professional but I was trying to do welding and spraying and bigger projects which they just weren’t set up for. They did have a basic metal workshop but they quickly told me just to come to Building BloQs. Which was good of them!

“Now I’m here, I can come in and have the space and the tools for each day, not even each job. You can upscale and come back down to save money. It's really good.”

The first job Tristan completed at Building BloQs north London workshop was an installation for Topshop. He took full use of the labour supply - and well as the flexible space - as the tight deadlines that define commercial making in London hit home.

“It was probably the most textbook Building BloQs job there is,” says Tristan. “Myself and my brother were able to come in, start with two bays, go up to three and move around from there.

“I think I employed four different people from BloQs on that first job. I had someone doing CNC, metal, spray, and I took along a chap called Miguel to help with the install. It worked perfectly.”

As Tristan grows his portfolio and his reputation in the capital, he sees BloQs as a solid base from which to keep building. He could rent a workshop solo, but the economics just don’t stack up when you’re a maker that needs a full complement of tools and talent, machinery and flexibility.

“If I had my own workshop space I’d have to work all the time to occupy it,” he says. “Right now, I have enough to support a casual lifestyle where I can go in and out of the country when I want. I'm very lucky to be able to turn down one in two jobs because I don't like the look of it or the money's not ideal.

“If I had my own set-up I'd have to do everything - and I’d wind up feeling like a slave.”

For Tristan Cochrane, calling time on a career that had him set up for life was a tough call. But as far as we in Building BloQs can see, fishing’s loss is definitely making’s gain. 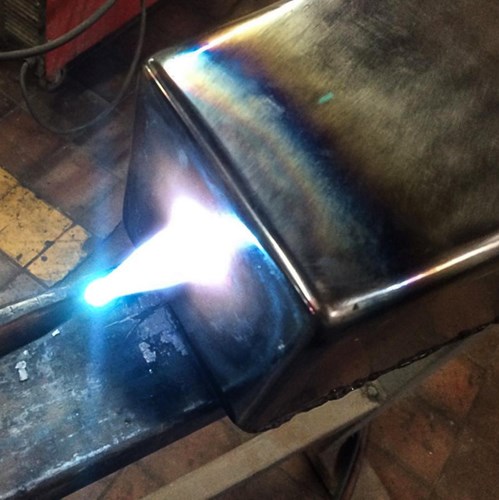 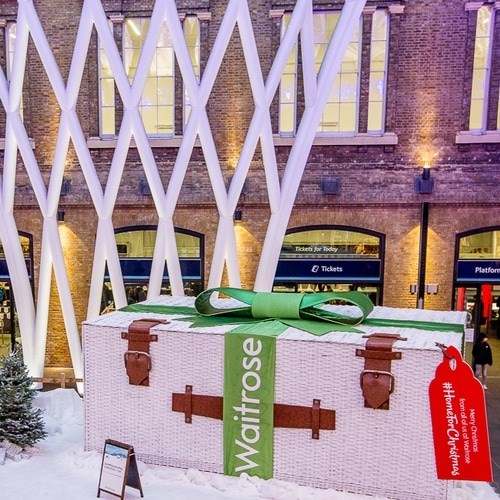 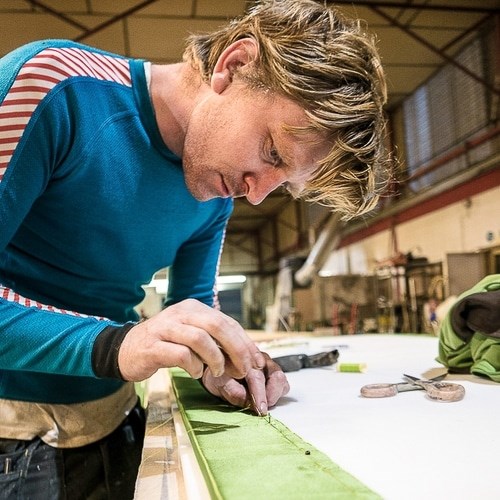