“Allow the material to speak as part of the design, a piece is the sum of its parts, so you need to start with the right parts”

The last six months have been something of a whirlwind for furniture making duo Knotch Design, one of the youngest businesses working out of BloQs. Established in the summer of 2016, the professional partnership between Noah Kay and Ben Hooper may be in its infancy, but is the culmination of years of hard work, discovery and a fair few splinters along the way.

The pair met while studying at East London’s Building Crafts College, after taking wildly different career paths up to that point.

Noah, after studying as an architect and dabbling in blacksmithing had spent several years hopping around the world from country to country, working bar jobs and seeing the world.

While this was going on Ben, by contrast, was stuck in the midst of what he describes as a “miserable” spell as a teacher in the south of England. Like so many career musicians, he’d fallen into teaching Music Tech and Production almost by accident, sustaining himself financially as he released his own albums and continued to gig wherever possible.

But after six years, he grasped the opportunity to do something new, leaving teaching to study at BCC, where he first crossed paths with Noah.

“I saw taking voluntary redundancy as an opportunity to do something new and the fine woodworking course seemed perfect. Even when I was working in music, I loved the idea of making instruments and after leaving teaching I kind of missed being in that environment of doing something new.”

Learning under the tutelage of course leader Neil Austin, the Knotch guys began to form a clear philosophy for their work, their products and their identity as makers, focussing on sustainability and locally sourced materials.

“Studying at BCC gave us both a much broader spectrum of design education, as we were guinea pigs at that time for a more modern way of thinking and designing, and that informs everything we do as Knotch,” says Ben.

While ‘sustainability’ is a term that is thrown around workshops like sawdust these days, the idea of sourcing locally and readily available timber and allowing it to mould the work, rather than the other way round is a challenge that they relish. This outlook on woodwork and carpentry has resulted in some of their most unique and intriguing designs, resulting in a style all of their own.

Noah says: “We look at sustainability as a bigger picture, it’s more than simply trying to do the right thing, we want to see what we can do with locally sourced materials. You need to have a reason for using a piece of timber for a specific thing. You can’t just be like ‘I fancy using fakimba.’”

It’s a pretty simple premise when you think about it: if you have a piece of timber, work out what it could be used for, if have an idea in mind, choose the wood to fit it. And having just Googled fakimba (we think we’re spelling it correctly), it seems unlikely that you’d have a huge amount of it lying around or that you’d find it growing in your London postcode.

But it is this simple premise which will be the guiding light for the future of Knotch. They’ve been working a lot of contracts for bespoke kitchen companies and are looking to bring their ratio of contract work to personal designs to 50/50 in the next six months.

Noah says: “We want to be totally self-sufficient with our own designs within the next two years. We are still working out what kind of makers we are and we believe BloQs is the perfect space for us to learn from the rest of the guys here, whatever their discipline.”

The outlook that underpins their philosophy and ambition is also one that ties them into to BloQs community, that of collaboration, expression and innovation. The speculative time in the workshop, the opportunity to work with materials and follow the direction that they take you in is vital to creating a truly original, organic product, as is seeing what the guy on the work bench next to you is up to and what you can learn from them.

“We complement and support each other really well, I honestly don’t think we’d be as far ahead without each other,” says Noah.

And as for the next stage in the evolution of Knotch, aside from hopefully having someone to do the paperwork at some point, their ambitions remain very much about ensuring that there’s never another period like that one in the school in the south of England.

Ben says: “We aren’t looking for excessive wealth, just a comfortable lifestyle. Our really long-term plan is to open a coffee shop, furnished with our own furniture with a view into the workshop for folk to see the making.”

We wonder where they got that idea from… 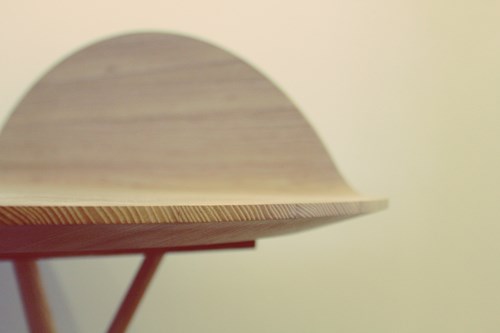 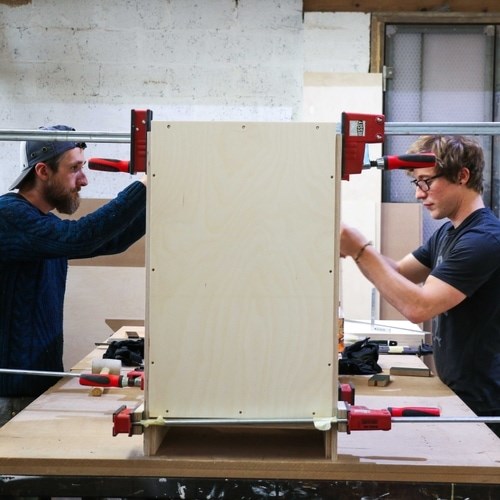 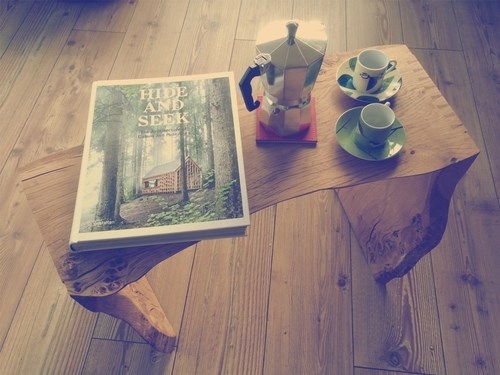