For 40 years Hollywood has churned out films depicting the classic struggle of man and machine. I think we’ve been subtly conditioned to see the rise of machines as something to fear.

In the news too, whenever machines edge out a human workforce we get a little nervous about where it’s all headed. But at Building BloQs, we don’t see man and machine, or manual and automated, as rival or even separate beasts.

Call us romantics, but we see the relationship between man and machine as a harmonious one, much more Luke Skywalker and C3PO than John Connor and the T1000.

This week at Building BloQs, we stripped the cellophane off a brand new, top-of-the-line Trotec SP500 laser cutter. Sure, it’s been fun and exciting to mess around with it (check out the videos) but ultimately, the laser cutter is just another tool so our makers can make, build and evolve.

Elsewhere, entire businesses are based around souped-up kit like laser cutters, or 3D printers. But for us, it’s not a case of digital or analogue, the two belong together.

Did someone say romantic?

The digital process is an add-on. It complements the analogue and vice versa. It enables makers to work quicker and smarter and it allows for more complexity, accuracy and diversity.

But this is the story of the industrial revolution. Humans have always found more efficient ways to carry out tasks. One of the byproducts of giving mundane, repetitive, and laborious processes over to automation is that it frees humans up to create - one thing machines cannot do.

When individuals and whole industries adopt newer, mechanised techniques, they go on to facilitate the evolution of that person or that industry. Around 100 years ago, MIG welding revolutionised boat, automotive and plane manufacturing, speeding things up forever more.

MIG is just one example of how an automated breakthrough becomes an accepted part of the process. But what it also does is free up skilled human brains to tackle the creative and the design bit. MIG welding, alongside other factors, is directly responsible for boats getting faster,  cars getting safer, and planes flying longer - it gave humans time and space to innovate in other areas.

In exactly the same way, digital tech doesn't replace craftsmanship, it strengthens it.

I’ve been here for five years and I’ve always championed getting in the latest equipment. But I’ve never advocated they replace or usurp what’s existing. For me, digital brings its own unique and complementary benefits to making.

Digital tools are the perfect testing ground for new concepts and solutions. Machines’ capacities for rapid prototyping allow designs to be road tested and perfected without wasting time or cash. Automation gives makers options, it allows them to be more critical of their process and choose more efficient and effective builds.

But digital isn’t the catchall, fixall, bulletproof solution. The requirements of a build should always define the approach. One 3D printed plastic chair would take an entire day; it’s not an efficient way of mass producing a chair. Yet the analogue way - of making a mould and filling it - can produce thousands of identical chairs efficiently and quickly.

Machines offer a lot of benefits in making, but they will never become making.

The appeal and the genius of craftsmanship is the human touch. Either side of the cutting, planing, bending, carving, welding, demands the skills of real people with real know-how. There’s the sketching, the design, the refinement, these are personal touches that only a human can add.

And before you tell me that laser cutters and CNC machines can be programmed to produce imperfections and blemishes, you can always tell the real flaw from the manufactured. 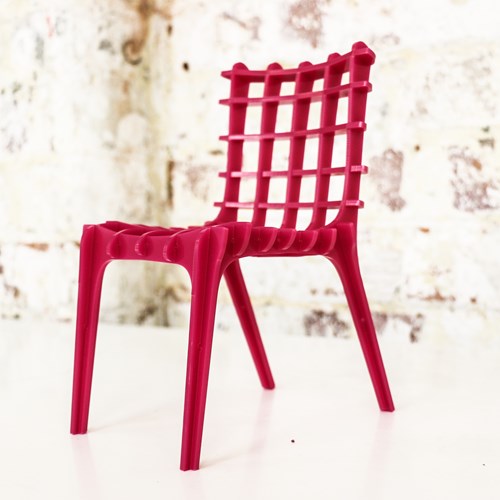 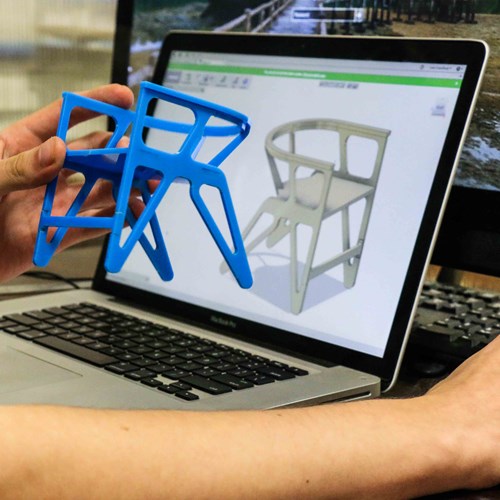 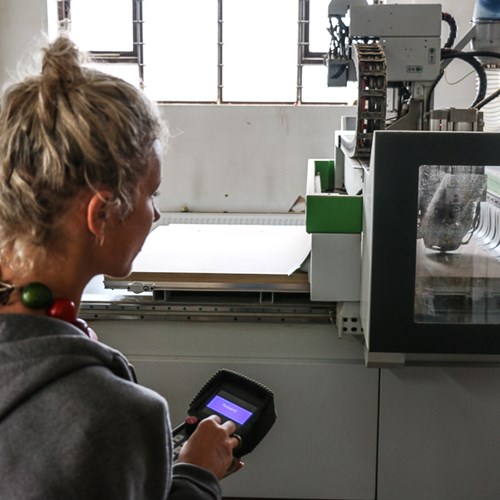