There was excitement and anticipation amongst both Members and Team as the new Boere Sandonomic 1100 KC-EP rocked up at Building BloQs last week. It was hardly off the delivery forklift before eager hands were pulling off the protective film to get a proper look at it.

The machine means BloQs Members can save a great deal of time and effort as it can sand timber to exact dimensions from rough to finish ready in a single pass through its double sanding belts and finishing pad. It has a variable speed feed and it will sand widths up to 1.1 meters.

It comes with a wide range of features that make it one of the best machines in its class. Its fed by a powered conveyor belt that draws the timber through the machine evenly into a set of rubber pressure rollers. These then pass the material through an electronic-pneumatic sanding belt oscillation system, the sanding belt tensioning also being pneumatically controlled.

It has an electromotive height adjustment feed table that is easily and accurately controlled by an electronic digital counter making precision very simple, but it’s also manually adjustable when that’s more useful.

The machine has a number of built in protections making it simpler to use. Its limit switches mean the its protected from over adjustment of the feed table, it has a sanding belt run off protection feature and an automatic break on the sanding unit. Its also engineered for ease of use so tasks like replacing its sanding pads are simple and quick.

Finally, a protective finger guard, emergency stops for the in & outfeed tables, a thermal overload protection feature and other bits of wizardry mean that the workshop and its Member’s remain happy and safe when the machine is operational.

The machine is now positioned in its new home and fully commissioned! 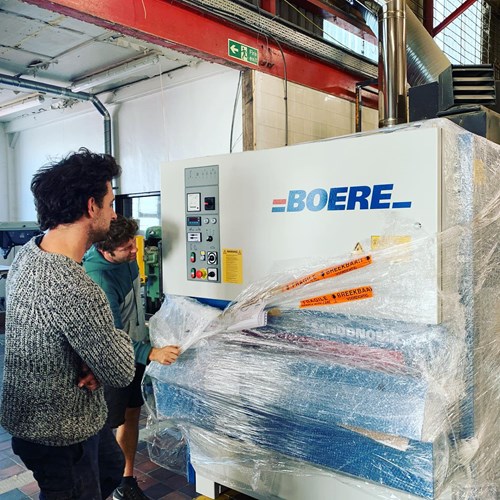 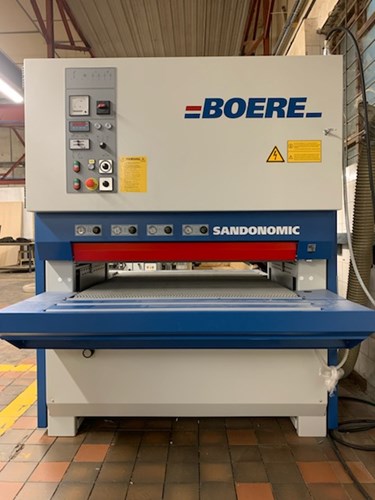 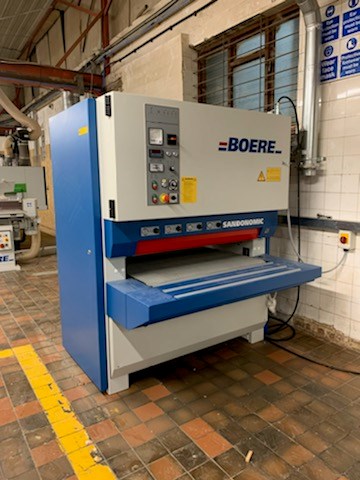 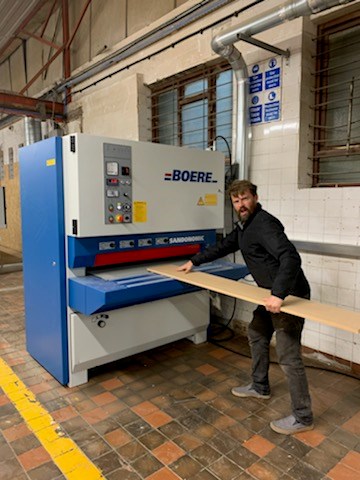